What if the universe is an open wound, a catastrophe in making? What then? Do we snuggle within the voids between the stars? Do we build our homes in the shambling ruins of dead quasars? Mapping the desire of dust swirling in the bright structures of far nebulae? How should we think the thought of the brain itself being that it too was once a cold star? That every time I smile I am enacting the death of galaxies? Shall I wander among frozen time, passive and alone, gazing on the silence that is almost palpable; or, should I actively participate in the accelerated heat death of this blasted thought? Tell me, who am I? Am I a thought between two voids, a point of decision that cuts the truth from lies of a broken symmetry? How do I expose the emptiness that is? How efface the face that is no one and nothing? Where is the mask to hide this void? Elide the ‘I’ of its burden? To touch another is almost suicide. To kiss the lips of my lover is to suture desire and follow the slitted wound through the middle gap of infinity. The gap is our joy and our horror, the very site of our birth and death. Once exposed to its existence we forever wander the labyrinths of light between great clusters folded among black holes channeling their energy which is our only ever life. Between Being and the Real we all dance laughing like children on the edge of a great Ocean: the sun, moon, and stars cascading with the waves as they spill over our young bodies. Bounded by an infinite sea we joyously dive into the brink knowing our time come round at last when we too shall build our towers among the ruins of stars… 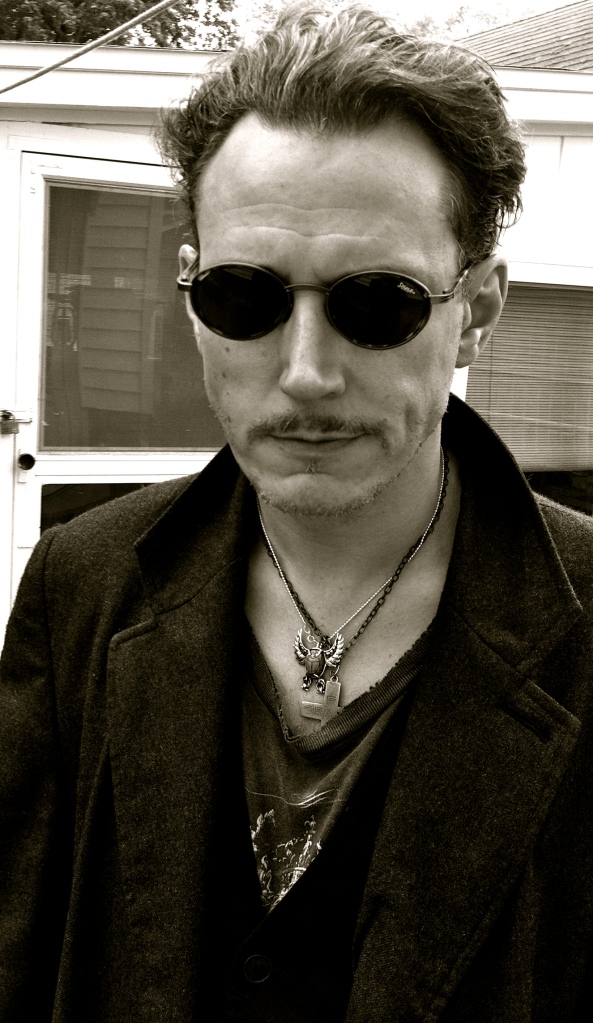 Like Loading...
Beauty, midnight, vision dies:
Let the winds of dawn that blow
Softly round your dreaming head
Such a day of welcome show
Eye and knocking heart may bless,
Find the mortal world enough;
Noons of dryness find you fed
By the involuntary powers,
Nights of insult let you pass
Watched by every human love.

To confront fact in its total bleakness is for any poet a completely baffling experience. Reality is not the thing but the aspect of the thing. At first reading, this poem has an extraordinarily factual appearance. But it is, after all, an abstraction. Mr. [H.D.] Lewis says [in his essay, On Poetic Truth] that for Plato the only reality that mattered is exemplified best for us in the principles of mathematics. The aim of our lives should be to draw ourselves away as much as possible from the unsubstantial, fluctuating facts of the world about us and establish communion with the objects which are apprehended by thought and not sense.

—Wallace Stevens, “About One of Marianne Moore’s Poems” from The Necessary Angel

“I believe that mankind’s destiny lies in the stars. I believe that candy really did taste better when I was a kid, that it’s aerodynamically impossible for a bumble bee to fly, that light is a wave and a particle, that there’s a cat in a box somewhere who’s alive and dead at the same time (although if they don’t ever open the box to feed it it’ll eventually just be two different kinds of dead), and that there are stars in the universe billions of years older than the universe itself.
–
I believe in a personal god who cares about me and worries and oversees everything I do. I believe in an impersonal god who set the universe in motion and went off to hang with her girlfriends and doesn’t even know that I’m alive. I believe in an empty and godless universe of causal chaos, background noise, and sheer blind luck.
–
I believe that anyone who says sex is overrated just hasn’t done it properly. I believe that anyone who claims to know what’s going on will lie about the little things too.
–
I believe in absolute honesty and sensible social lies. I believe in a woman’s right to choose, a baby’s right to live, that while all human life is sacred there’s nothing wrong with the death penalty if you can trust the legal system implicitly, and that no one but a moron would ever trust the legal system.
–
I believe that life is a game, that life is a cruel joke, and that life is what happens when you’re alive and that you might as well lie back and enjoy it.”

“Let us toast to animal pleasures, to escapism, to rain on the roof and instant coffee, to unemployment insurance and library cards, to absinthe and good-hearted landlords, to music and warm bodies and contraceptives… and to the “good life”, whatever it is and wherever it happens to be.”

From the darkness you must fall
Failed and weak, to darkness all.