I come to you
In the memory
Of old friends

Over lost time
And lost years

That have
Mysteriously
Vanished

In both tragedy
And revelation

Detached from
This mere
Mortal coil

They who were
Once here and
They who once loved
And who we all
Once were once
Upon a time long
Ago as well
In a love, a friendship

Meant with soul
So fiercely

In a veil of youth
& passing days

Replaced by
What was once in our
Hearts our true
Appearance

A realization
That to be human
Is to be flawed

But these things
Are small pins
Needles

Into the light &
The brilliance
Of angels
We go

Onto
To the next
Mortal
Dream

“Confront the dark parts of yourself, and work to banish them with illumination and forgiveness. Your willingness to wrestle with your demons will cause your angels to sing.”

“dogs and angels are not
very far apart”
~ Charles Bukowski 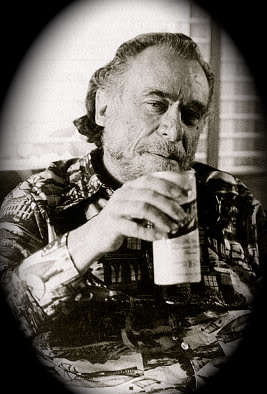 Your keys were stolen by the devil; she used them to open all the doors of

distortion and sound, to turn out all of the lights living in the waking moment when

all of the young gods had grown old. Club Extinction, where life is blood & pain.

Reality, a new dialect of language & seasons, harmonies of invention. A new

industry of human consumption. Where did you leave those keys? You had

everything to gain and nothing to lose. You had the emptiness of an over

agonized poetry and a religion of your own that served the one. And in the dark

name. It was as if all of the life upon earth had just vanished in a moment or had

goodbye. Still hiding behind all of your intellectual armor, still fighting all the

infidels of time, the thought Gestapo and the killers of the sacred word. The

heroes, like the dead skin flaking off ourselves to become the new. But you

remained timid, docile. Stood back & behind and watched from up on high while

the man to become the last piece in a puzzle of intricate nothingness, the

universe. The dead phallic worship of a ghost who can’t find his own way home.

To be mortal, to be human to eat, to sleep, to shit….to fuck….to love. With your

heart, you’re head and your balls. To feel when within the night maybe you will

think of daylight, a longing for some long forgotten stranger or hope. To want

you became a pain in the ass. And I remember the day that the romantic died

and became the angry man. Was it suicide? Or was it murder? I guess we’ll

never know. Because when you fell the sound came down deafening like some

realization that you are nothing but a moth to the flame in the afterlife, another

peacemaker sent gone bad. A transcendental agent of the temporal wake who

can’t remember even who in the hell he is. Wednesday… your keys were stolen

there’s no tomorrow. Make a note; never do shots with the devil, she’ll get

everyone else killed and will make you question your own existence, not to

“And all the light of the world surrounded her, and in her eyes there was

salvation. As the world and she slowly drifted off to what seemed like a million

miles away. Where all time stopped, streets seemed empty. And the world was

no longer there. And in her eyes there was still beauty, light…salvation”

She smiles politely, and then says,

She had to cross the River Nile & a few other places,

Made a few deals with the Gods, and the Oracles and had to apologize just to

A few past lives & a bottle of wine,

But this time without all the poison.

She cries, then smiles at me like a cat and asks; by the way,

‘You don’t know a guy named Mark Anthony … do you?’

As she touches my hand and stares into my eyes unwavering.

And then says ‘Thanks’.

Seduces me with all her wiles & and all her false innocence,

Her beauty still there, lasting & full of centuries of lingering pain

And then she talks about her job, her life and all of her endless

Responsibilities. Asks me how my day went and wonders if she will ever stop

being so wild, and one day finally settle down

With a couple of kids … and a house.

Tells me about a number of all her failed past relationships.

Not based on love but only on power, appearances & success

That never ever quite work out.

And then we talk about the pyramids, empires and poetry,

But all the while I still keep staring in those eyes,

Where all memories and all histories last but all finalize, as they take me off

guard and once more willing to take another chance.

Knowing far better, than I should.

As we walk into the her bedroom, her skin like ivory

A beautiful tattoo above and yet below covering the

Length of her back, and her long black hair that sweeps across my body as all of

For in Cleopatra’s eyes

I remember all time

Shining in their light

Where I too tonight

Shall dream of all the mysteries

In this moment that is mine

Stronger than any romance

Cause all this was all once just “bible prophecy” & science fiction,
& all of that crap that people talked or laughed about

When they got bored, drunk or stoned.

But they,
Were all wrong.

And our world our times our people
Did all this stupid shit,

NYC, Babylon
The new city of paradise, commerce & whores
And every other major city in the world
Now devastated, now leveled, and now
Laid to waste

So now,
If you are hearing or reading this
Then it’s already too late,
But at least you are still alive.

But then again, like me
Maybe your ass got left behind
After 3 billion people

So, let me tell you a story,
Let me tell you
A fairy tale
About how all of this happened
Or will happen
Very soon.

It was those idiots,
Those stupid “new world order” bastards
And all of their scientists
Who studied the sacred
Shroud of Turin
That once covered the dead
Crucified body of
Jesus Christ
The very son of God

Who, without asking
Stole his still living genetic
DNA from the blood on the cloth.

These scientists
Who foolishly attempted to clone him,
But failed.

But were able,
Realized that they could take his
Genetic makeup & impregnate over
20 beautiful young women
As an experiment who unknowingly
Gave birth to “mini-gods”
And then went unexpectedly insane, crazy,
Committed suicide or died

And were never seen nor heard from again.

And from the abyss the beast shall come,
And a black colored cloud
Shall cover the world.

So now, advance forward
30 some years later.
Where twenty “magic-time kids”
Are alive.
19 boys and one girl.
Raised by the privileged, the rich
And the royal,

Who were born
Created, to save humanity
For mommy & daddy
As well as every other
Poor asshole.

Now all adults
Who had spent the better part
Of their lives hiding all their gifts.

Water to wine
Premonitions
And all of the free fish
That you can eat.

More pallor tricks
To save the earth
With plenty.

But what they never thought about
Or realized was this;
That by creating all of these “little messiahs”
That they were not like their daddy “J.C.”

And never would be
But only selfish little bastards of humanity
Pretending to be, all pretty, good looking
Half people, the elite more concerned with
Status, money, partying and fame
Than with the concept of love

Or real love, at all.

With all of their different varying degrees of
Various “”super-Christ” powers but named appropriately
After all of the pantheon of the Greek gods, the most powerful
Of the kids a little boy who became a man named “Apollo”
Yes, Apollo who could take out an entire army casually with only the single
Wave of his hand, and turn all their bodies slowly into dust
As the soldiers would watch in horror, and scream.

So what did you expect?! What were all you stupid bastards thinking when
They didn’t turnout to be saints? When you fucked with the sacred
And caused the world its own death.

As future boy & his click of cronies
All now 35 are all already secretly entrenched,
In governments, politics & commerce
Around the planet.

When suddenly
It all happened
A sunspot, solar flare
A rapture
That knocked out all of
The power
Around the world.

Three days of darkness
Lootings and killings, rape
And the neighbors shooting each other

All the satellites and all the technology “Gone”

When suddenly after 3 days of night
All the power & light’s came back up & the sun returned in
The sky. As all the people of the world rejoiced
And were just thankful
To be alive.

As the word that in all of the turmoil
All of our beloved leaders
Were all dead,
Killed by mobs
In the confusion.

And that’s when they moved in
The mini-gods
Who created false miracles
And who fixed and saved the earth.
Stopped starvation & healed all of the sick & dying,
Ending famine and disease
With a magic wand.

As they finally all revealed themselves
With the wonderful catch phrase
“ We have been sent by God, our father, and we are here to help”

And as all of us just mere humans
So fucked up & desperate just said “Thank you”
And never looked for the truth.

So meet Apollo, our new world leader
And his staff of 10 bretheren,
Running 10 countries under 1 mass government
From what used to be the UN.

No one poor
No one starving
No one hungry
Everyone thankful,
Money glamour
Wealth except for the fact
That we all had little microchips
Implanted into our fucking heads,

The mark … of the beast.

Put there,
In concern for our own welfare
And safety.

The world now happy
Our lives all beautiful and fine
Until the mini-brat gods
One day decided that the power
To just rule & conquer
Wasn’t … enough,
Wanting to be “Gods” and worshipped.

And anyone, any group, any person
Who challenged them

Got put
To death.

Controlling our lives
Controlling the media
We, never believing that all these loving saints
Or saviors were all really just a bunch of
Drama queens & butchers
Who argued and fought over power.

So there’s your story children,
Your fairy tale foretold,
About the future where mankind fucked up themselves
Looking for miracles around every corner
Instead of believing in themselves.

As we, the remaining “spirit men”
Are left here to guide what’s left of humanity
In the right direction
The sword, now the plow

The cost of life, too much to comprehend.

So here was your lesson, your bedtime story,

My name
Is Michael…