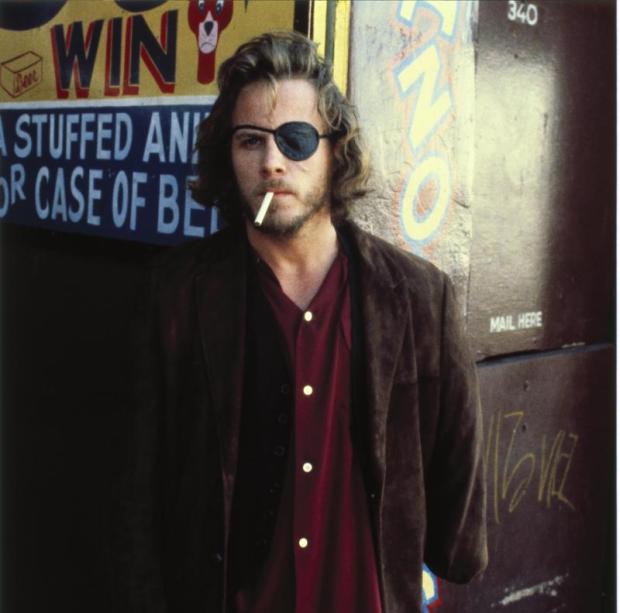 Cutter’s Way emerged at the wrong time, a 70s film in 1981, after Heaven’s Gate, during the death rattle of the ‘Hollywood brats’ era. We were now in Reagan’s America, where odd, ambiguous little films that suggested dark truths about the US of A would become increasingly unwelcome. Its titular character was the wrong kind of Vietnam veteran, a painful reminder of the actual war, alcoholic and bitter and missing a couple of limbs, just before Stallone told us that Vietnam was a brutal wonderland where men went to gain magic powers. In the year beforeRaiders of the Lost Ark, here was a film suggesting that heroism is a murky business where ordinary people end up paying the highest price. Like I said, the wrong time.

Cutter’s Way is a kind of sunset noir, a dark tale bathed in a golden West Coast glow. Santa Barbara is a weathered, frazzled, beautiful town of marinas, polo matches and shabby tourist tat. Cutter, Bone and Mo are clearly at the shabbier end of the social scale, but are able to mingle with the smart set and play with their toys through business and family connections. Jeff Bridges plays ‘golden boy’ Bone, a half-arsed gigolo and yacht salesman hired to look good on deck. John Heard is his friend, the caustic, broken Cutter. Lisa Eichhorn plays Mo, Cutter’s long-suffering lady, fending off Bone’s attentions while Cutter’s out causing trouble.

One rainy night during fiesta Bone sees, and interrupts, what turns out to be the dumping of a body, but does not realise it at the time. He tells the police what he’s witnessed when his car puts him at the scene, after a 17-year-old girl has been found in the trash, and her sister Valerie (Anne Dusenberry) has turned up seeking justice. Typically, Bone just wants to walk away, but Cutter won’t let him, especially after Bone fingers tycoon and Time magazine cover star JJ Cord as the man responsible. Cutter sees personified in Cord all the rich bastards who start the wars poor men fight, whose ‘ass is never on the line’, the kind that lost him an arm, a leg and an eye, and he seizes upon the chance to finally make one of them pay like a man possessed, and with Valerie and the reluctant Bone alongside, a plan is put into action… A plan that just a few notes of Jack Nitzsche’s plaintive, wobbling score will suggest is not going to go well…

Cutter, Bone and Mo are three people who have been together too long and know each other too well. Heard, Bridges and Eichhorn work beautifully together creating an instantly credible chemistry, a three-way relationship that’s tender and complex and disastrous, delivered through Jeffrey Allen Fiskin’s cutting dialogue, dripping with irony and bar room wit. ‘I remember food, people had to eat it during Prohibition,’ Cutter says when Mo brings home groceries instead of booze in another doomed attempt to turn their life around. Heard gets the flashy part, and the lion’s share of great lines, in a dream role, an erudite, charming and abrasive man in a wreck of a body, who still somehow, under all the crap, believes in bravery and heroism and, possibly, America. Quoting Shakespeare and Melville, self-righteously castigating the morality of those around him, but not above leching after Valerie, or using his war wounds to escape arrest after drunkenly trashing a neighbour’s car. Bridges has harder work as a man uncomfortably aware of his many moral failings, but incapable of making the tough decisions that might destroy his easy world. And Lisa Eichhorn as Mo delivers an absolute heartbreaker of a performance as a smart woman who clearly deserves better than this, but is wedded to a train wreck and just can’t go.

Passer’s film makes the personal political. What kind of world is this where the pursuit of justice is left to a sodden mess like Cutter? What kind of goddamn white knight is this? Everything is blurred, we are never sure what exactly Bone saw that night. We are not sure Cutter’s campaign is righteous, whether Cord is a monster, or that the cost will be worth it. For much of the running time we find ourselves nervously siding with Bone: isn’t it better to drop all this hero crap, pretend it’s none of our business and walk away? Cutter’s Way is not perfect: the ending feels abrupt and too blunt, Valerie’s problematic character simply disappears from the narrative before the last reel. But I don’t care. Watching it for the nth time in a screening room, I found myself laughing and crying all over again. Nittzsche’s music (a cousin to his Cuckoo’s Nest score) is wonderful, a woozy commentary on sadness. The photography is suntanned and hazy. But I mainly love the film because I know and love these people, and don’t want bad things to happen to them though I know it must.

It’s 2011 now, 30 years on. Eichhorn moved into quality TV for both the US and UK, Bridges is, in all senses, the Dude, and John Heard is probably best known as the dad in the Home Alone films. Czech émigré Passer continued his wayward career without ever producing anything quite like Cutter again. It’s a one-off, a largely overlooked shining gem. Do yourself a favour.