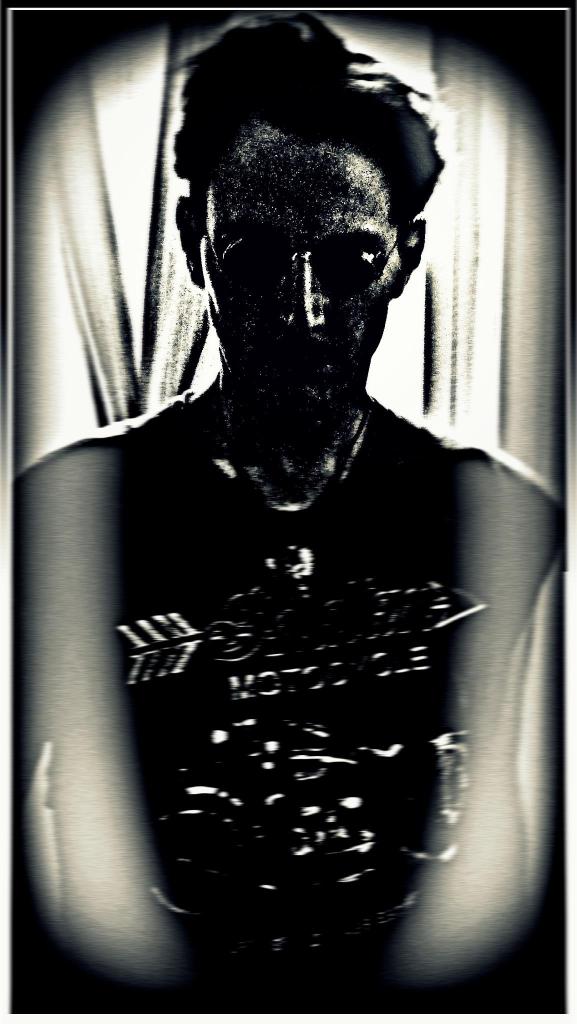 R.M. Engelhardt acknowledges that there is a difference between the passive participant and those who live a passion-driven life, but can often be seen in “Versus” wondering if there is a difference in the end. Passion clearly perpetuates the creative imperative, manifest in poets like Engelhardt as non-negotiable, but to what end? There comes a time in the life of the poet where this question has to be dealt with. It is one thing to accept the terms of “the muse”. It is another to toil in the direction of some outcome, some goal. What, beyond that yielding and succumbing, is the poet desirous of? Fame, significance, appreciation, relevance? The poet succumbs because he or she must, but it doesn’t end there. The poet is driven to more just as the living are driven to interact in this world beyond survival. We do more than eat and breed and sleep, there is something that pushes us. But why? In the years that I have been aware of Engelhardt’s work, it is this willingness to examine these concerns head on and in a surprisingly candid manner that I think captures my interest the most in his work, which often gets into the problematic terrain of ego, and the ways that we relate to one another through not only our life’s work but through love and community. He states rather directly in “Versus” that poetry is dead, he comments on the state of popular culture and asks the obvious questions about the poet’s role in it. Why bother, and why persist? Persistence, I think, is the theme in Engelhardt’s work that prompts people to characterize him as “romantic” as many of the poems convey a sense of pining, portraying people desirous not only of love but of transcendent relationships. “She believes in something unseen”, (8, “Perhaps”) “I’m just sick of passing romances”. (“In Cleopatra’s Eyes”, 9) In ‘Versus”, we see that relationship between the speakers and both issues: wanting to do more than write, wanting to do have more than a date on a Saturday night. (“toys”, 6, “More than just another dance”, 2) This idea of wanting more, wanting to believe in and have faith in that but at the same time considering one’s observations and wanting to be rational. Persistence then is challenged by cynicism, both inner and external: “The time for poets has passed” “And someone once told me that honest people don’t exist anymore in the 21st century” “And someone once told me ‘That love…is dead.” Do we persist, press on anyway? In “Naïve”, Engelhardt describes the urge to avoid the trainwreck. In “Truth” we see people opening boxes, digging through metaphorical “boxes” of expectations mingled with mythology. What happens when people confront truth? Some thrive, some perish, some vanish immediately in the sight of their realizations. This brings us back, again and again, to the questions in “Versus”. What are we after? And can we get there? ‘We all grow older/Still trying to find our way/Like children” (“Any Day Now”, 11) Many poets grapple with a maturing phase not unlike the point around mid-life when one begins to really take stock about where to put energy, what to be concerned with and what to let go of. Some describe it much like finding their way, having gone through what some describe as a period similar to the honeymoon phase of a relationship. There are burdens in the poet’s world, choices about resources and time and energy and in the beginning there can be a sense of eventual payoff that in later years we learn can be quite elusive. There’s no denying that Engelhardt has love for the craft, but he pushes us to consider what that means, and to perhaps distinguish between the love of writing and the expectations. In some instances, the object of love can be easily interchangeable with “the muse” as both are subjects in these poems of that transcendent longing. The love that leaves for the man who promises everything, the “angel” who vanishes, the losses are connected: the poet wants to believe in more, wants to have faith in more, but life can be a series of losses, followed by grief. Engelhardt closes “Versus” with a shout-out to those who persist, who don’t give up, who keep searching and don’t give in, who stay true to the realm of dreams.